Tom hanks image from Forrest Gump and Castaway used to come to my mind when I imagined a person with full beard. But after the Apabad trailer and the promotional picture from the movie, Raj Ballav Koirala image replaces Tom Hanks in my head. Though I have some pictures of my own with full beard, it never comes in the thought process. Here I am not talking beard and men in this post, so lets get straight to the movie Apabad.

Apabad is a latest Nepali movie about a youth’s dreams/hopes for good life and conflicts in hi’s mind to choose between his own dreams and his family dreams. The movie circles around his search for happiness and his un-abating hope to live a better life. There is also a love chemistry between Suyog, the protagonist Played by Raj Ballav koirala and Sunanda, played by Nisha Adhikary which too has a conflict in SUyog’s mind when to tell his feelings to Sunanda. Slow pace of the movie often stops to show emotions, pauses and even succeeds to adhere people with the flow. 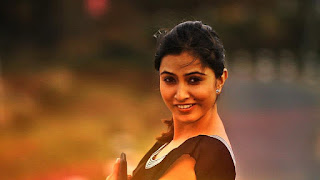 Though the movie is adapted from Castaway, and Castaway on the moon (a Korean movie with similar elements), Apabad has its own character, plot and own message more in the Nepalese context, and also the splendid acting for the protagonist stuns people. Raj Ballav Koirala is at his best shot among his all movies, and I think this is the kind of role that suits him perfectly. Rabi Giri, Bijaya Giri is perfect in their roles but Nisha Adhikari’s acting  is ok with some emotional dialogue slips.

Director/Script writer Subash Koirala, the visioner of the movie Apabad has done a wonderful job in portraying the “Castaway” stuffs in Nepalese perspectives and clearly showing the conflicts in the young people. Melodious songs like Ye Dautari, Hida Afnai Bato, Rache Naya are superb in the movie and adds more beauty with the correct timing but Chanchal Chanchal song emerges when people expect more emotions in the movie. Story becomes more obvious towards the end though I expected tragic end before as I had already written in the preview of the movie. 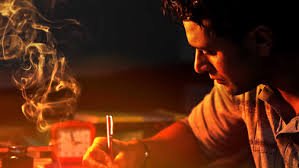 Don’t judge a movie adaptation by some similar sequences, dialogues and don’t even dare to attach a “copy” tag to discourage filmmakers to get inspired and do the original in presentation and add their own perspectives. Kagbeni was also adaptation of the short story “Monkey’s paw” but look at the story and presentation which was put in Nepalese style and that being the excellent aspect of the movie. For me, Kagbeni is the pioneer to drive new kind of movies in Nepali cinema industry.

All in all, Apabad is a must see for all Nepali youths and a justiable adaptation from the movie Castaway on the moon. The movie also generates high hopes in people for the future movies from Subash Koirala and talented actor Raj Ballav Koirala. Though adaptation and inspiration is not bad and unethical unless they accept it somewhere, people now expect excellent movies with own peculiar story and that can be an inspiration to others.