Home > Lifestyle > Media > News > Offbeat > How much you earn in comparison with global pay scale by countries?
Tweet Pin It

How much you earn in comparison with global pay scale by countries?

Do you earn more or less than the world’s average wage? Type in your monthly salary and we’ll give you the answer.

The average wage, calculated by the International Labour Organization, is published here for the first time. It’s a rough figure based on data from 72 countries, omitting some of the world’s poorest nations. All figures are adjusted to reflect variations in the cost of living from one country to another, and as Ruth Alexander of BBC radio’s More or Less programme underlines, it’s all about wage earners, not the self-employed or people on benefits.

Where are you on the global pay scale? How it works? 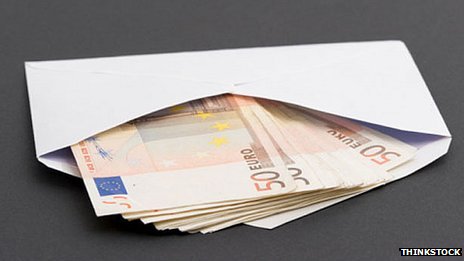 If there were no rich and poor, and everyone had an equal share of the world’s total pay packet, how much would they earn?

But not everyone has a job and some of those seven billion are children. So another question you could ask is: “What is the world’s average wage?”

That is more tricky to answer, but a group of economists at the United Nations’ International Labour Organization (ILO) has had a go, though they have never gone public with this information. Until now.

Let’s consider the scale of the Herculean task the number crunchers at the ILO set themselves.

First, they work out the total wage bill for every country in the world. To do that they get the average salary from each office for national statistics, and multiply that amount by the number of earners in each country.

Once they have the total wage bill for each country, they add them all together and divide by the total number of earners in the world.

But these dollars are not normal US dollars. The economists use specially adjusted exchange rates – the average salary is calculated in Purchasing Power Parity (PPP) dollars. One PPP dollar is equal to $1 spent in the US.

Essentially, the PPP dollar takes into account the fact that it is cheaper to live in some countries than others. The idea is that we don’t care how many actual dollars somebody is paid in, say, China, but we care about what sort of stuff those dollars can buy.

“If someone in China takes their salary of 1,500 yuan per month and they go to the bank, they will actually get $200,” ILO economist Patrick Belser explains.

“But this is not what we use to compute this global average, because what is important here is what people are able to buy with these 1,500 yuan, and this is where we compare to the purchasing power of the US dollars and find that it is actually equivalent to around $400.”

Another way of putting it is that the conversion to PPP dollars expresses how much it would cost you in the US to get the equivalent goods and services you can buy with your salary locally. 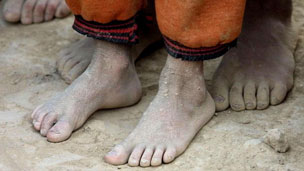 Child labour is common in Tajikistan, the country at the bottom of the earnings league

They exclude huge numbers of people who appear in the poverty statistics but not in the calculations for the average wage – pensioners, children and stay-at-home parents, for example, and even the self-employed.

The number of self-employed is huge. In developed countries about 90% of working people are paid employees, but that figure is lower in many developing countries. For example, in South Asia, where many people are self employed or independent farmers, just 25% of workers are salaried.

But calculating the world’s average salary is still an exercise worth doing, according to Belser.

“It certainly tells you something about the state of worldwide economic development, I would say. We always use Gross Domestic Product (GDP) as the reference, but I think we also have a whole lot of trouble understanding exactly what is the meaning of GDP, whereas wages are a much more obvious indicator of the quality of life.

“It tells you something about the quality of life of the middle classes. It tells you where most of the people are at the end of the month, and it gives you an idea of how they live – how often they can go out, what they can buy, where they can live, what kinds of rents they can afford. And that’s the interesting thing, compared to GDP per capita, which is a much more abstract notion.”

And if you understand the limitations of this number – that it gives a rough idea of average employee salaries – Belser says it holds an important lesson.

“What it shows, also, is that the average salary is still pretty low,” he says. “And so, that the worldwide level of economic development is in fact still pretty low, in spite of the huge affluence that we see in some places.”