No one who holds stock of Twitter Inc. can sell more than 20% of their shares. Twitter wants to be private not public

While Facebook prepares to go public, Silicon Valley’s other buzzy social startup, Twitter, is doing everything in its power to stay private. In pursing that goal, it has slapped its shareholders with an unusual restriction: No one who holds stock can sell more than 20% of their shares.

Twitter’s employees are worried about the company losing its top talent, according to a leaked internal memo obtained by CNN. 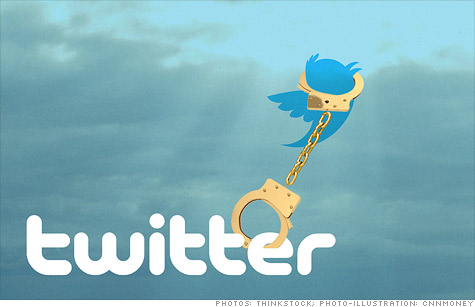 The loss of top talent, it seems, is related to Twitter’s policy of limiting how much stock employees can sell. Twitter only lets its people sell 20 percent of their stock on the private market because it doesn’t want its shares in too many hands.

This has caused some employees to quit, says CNN.

Janet Van Huysse, who runs Twitter’s HR department wrote in a memo to Twitter employees, “Folks continue to be worried about the company losing its best talent.” She was referring to the results of an internal poll.

She added, “In most cases, the comments name specific employees — most of who left over the stock policy … You’ll note that there are not necessarily solutions here — more so just anxiety that we lost so many ‘senior’ people.”

Twitter had a lot of upheaval last year, losing top execs, and reshuffling its product team. For the most part, that seems to have settled down now.