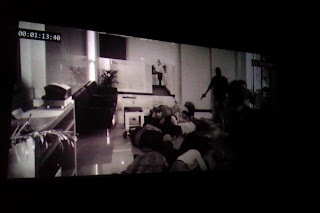 LOOT 1: CCTV shot during Bank Robbery.
Nepali Movie Loot is a story of five local thugs, challenged by the deficiency of  money,  which makes  them  get involved in criminal  activities. Haku kaale, the master planner gather these four people (local drug supplier khatri, bouncer/gambler Naren, lover pandey and outrageously comic Gople) to work out for a  bank  roberry, just five months before the actual day. It is unfair to write if  the hard works (months of planning, “Dimaag” works by haaku and the actual roberry by “other four”) pays out to fulfill their dream of running a smooth life with the money, for that you  have to watch the  whole movie in cinema near to you.  Much dynamic Camera shots and  angles  never  used  in nepali  movie is  highly  distinct and  remarkable.  Repeated  beeps and  some uncensored local f words are there to tickle your ear, which are put in such a way that you will notice all those words without sharp concentration to the dialogue.
Dialogues put in local style makes you nostalgic of the moment cherished in your life like the one with boozed chat in “Bhatti” puts you right there in the bhatti. Other dialogues like ” Kathmandu sahara herda lagcha rahara….salaaa giddha giddha ko sahara”, “Ball haina pasa…Dimaag laga dimaag”, and “Poila janchees ja, poila gaera ta her….tero chala ko jacket ra tyasko chalako boot banaera jindagi bhar tyahi layera hidchu” with perfect newari accent by Saugat Malla is damn hilarious, which sets an example that nepali movie dialogues with some creativity works out. But some flaws like unruly flow of story, introduction of characters taking long and the actual climax ended in a very short time misses the thrill in the people of guessing how they are going to do the robbery. Though I dont like full songs in a movie, Item song “Udreko choli” really fits in the movie unlike other songs which i dont even remember the title. All in all, an average action thriller by the plot but superb by creative works proves Nepali movies are growing and its a matter of time that our Kollywood giving peculiar movies set to compete with each and every llywoods in this planet.
WATCH FULL NEPALI MOVIE LOOT ONLINE FOR FREE: 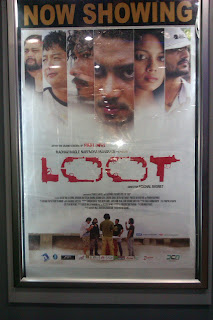 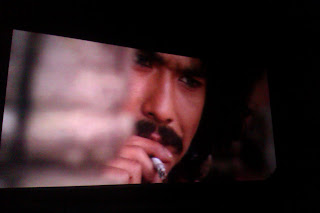 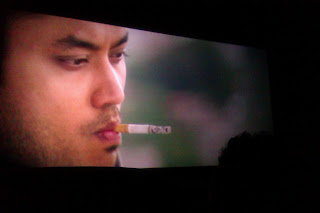 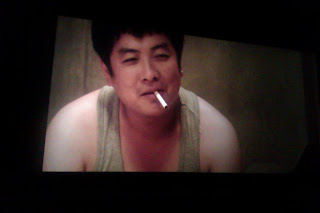 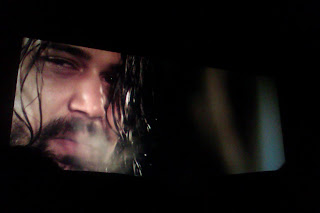 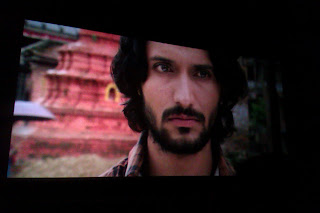 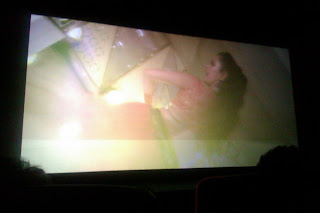 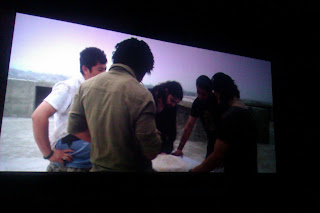 Loot 9: Gang Planning for the Robbery. 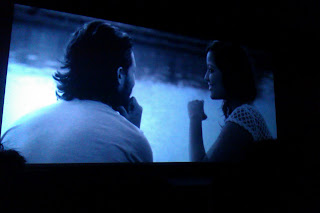