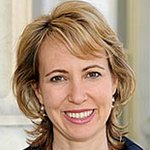 US Congresswoman Gabrielle Giffords was attending one of her regular open-invitation meetings in her native Tucson, Arizona, when a gunman shot her through the head. He killed six and injured 13, including Giffords who was given emergency brain surgery. Her husband, Nasa astronaut Mark Kelly, flew immediately to her bedside. By August she had recovered enough to appear in Congress to vote for the raising of the US debt limit, prompting a standing ovation. In a subsequent TV interview she said her recovery had been “difficult”.

US congresswoman shot in Arizona 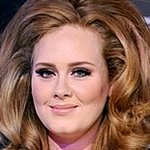 After performing her single Someone Like You at the Brit Awards, Adele shot straight to number one on the UK singles chart. The album from which it came, 21, was already the top seller. She became the first living artist to achieve two top-five hits simultaneously in both the album and singles charts since The Beatles. In addition, Someone Like You became a number one hit around the world and 21 also topped the album charts in 18 countries. Later in the year, she received six Grammy nominations and was named Billboard magazine’s top artist of 2011, ahead of Rihanna and Lady Gaga.

Adele holds on to chart double 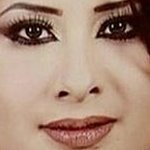 Libyan woman Eman al-Obeidi, 29, stunned onlookers when she burst into the Rixos Hotel in Tripoli to tell the assembled foreign media that she had been beaten and gang raped by members of Muammar Gaddafi’s militia. She showed off bruises and scars on her body. Government officials dragged the screaming al-Obeidi away amid chaotic scenes in which journalists were kicked and punched. She was taken away for interrogation but subsequently released. She has now been granted asylum in the United States. 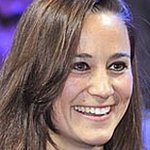 Pippa Middleton was catapulted to global fame as a maid-of-honour at the wedding of her sister Kate to Prince William. Wearing a white, figure-hugging, satin-based crepe dress designed by Sarah Burton, she earned nicknames such as Her Royal Hotness and Perfect Pippa. A flurry of websites sprang up that paid homage to her physical attributes, in particular her shapely rear, and two British newspapers apologised for publishing photographs taken in “harassing circumstances”. The 27-year-old party planner is now permanently on the celebrity watchers’ radar and her face is seen on the front of magazines the world over. 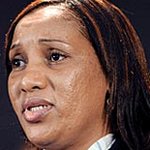 A 32-year-old immigrant from Guinea, Nafissatou Diallo, caused a sensation on both sides of the Atlantic when she accused the head of the International Monetary Fund, Dominique Strauss-Kahn of sexually assaulting her and trying to rape her when she went to clean his room at New York’s Sofitel Hotel. The French politician, 62, denied the claims and resigned as head of the IMF to defend himself. The case was eventually dismissed because of inconsistencies in Diallo’s evidence. 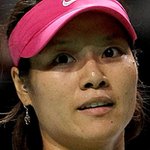 Li Na made history as the first Chinese player to win a tennis Grand Slam singles title when she secured a straight-sets victory over defending champion Francesca Schiavone at the French Open. It was one better than her defeat in the Australian Open final five months earlier. Already popular in China, Li Na has something of a maverick reputation in her homeland. She has a rose tattooed on her chest and she once told some of her exuberant fans to “shut up” during a match. 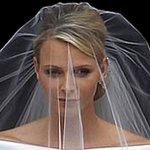 When Charlene Wittstock married Prince Albert of Monaco it appeared to be the archetypal fairy tale. Here was the daughter of a photocopier salesman from South Africa marrying into one of Europe’s oldest royal families. But the event was clouded by press reports suggesting Ms Wittstock had come close to returning to South Africa after learning information about Prince Albert’s private life. The royal family dismissed the claims, as well as suggestions she had only turned back after royal aides persuaded her to stay. 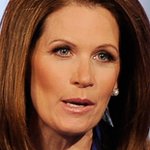 US Republican Congresswoman Michelle Bachmann won a pre-election straw poll in her home state of Iowa, considered the first major test of the 2012 race to become the Republican challenger to Barack Obama. The outspoken Christian and favourite of the Tea Party – and the only woman in the Republican field – rose to prominence with her strident attacks on President Obama on cable television, most notably against his healthcare reforms. But since then, her Republican rivals’ campaigns have eclipsed her own, and with the Iowa caucus only a week away, it appears that she has a mountain to climb. 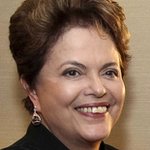 Brazil’s President Dilma Rousseff became the first woman to open a debate at the UN General Assembly. To loud applause, she said she was convinced that the 21st Century would be the “century of women”. She is the first woman to be elected Brazil’s president, having achieved a reputation as an economic reformer. The main focus of her UN speech was on the need for concerted action to tackle the economic crisis and for reform of international institutions to reflect the shifting balance of global power. 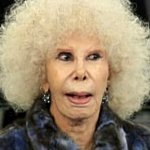 One of Spain’s richest and flamboyant women, the Duchess of Alba married again at the age of 85 to a civil servant, Alfonso Diez Carabantes, 24 years her junior. The wedding took place at a palace in Seville from which she emerged to dance flamenco. The Duchess is said to be worth more than $4 billion. She allayed family suspicions towards her new husband by dividing up her wealth between her six children and grandchildren. Mr Diez reportedly also relinquished his rights to her fortune. 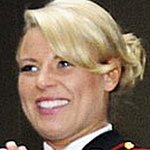 Corporal Kelsey de Santis, a US Marine from Virginia, had a dream come true when actor and singer Justin Timberlake accepted her YouTube appeal that he take her to the Marine Corps Ball in Richmond, Virginia. The combat instructor was inspired to invite him after Timberlake had publicly encouraged his friend and Hollywood star Mila Kunis to accept a similar invitation from a serviceman. “It was wonderful, a really good experience,” she said after the event, but there was no goodnight kiss, she added. 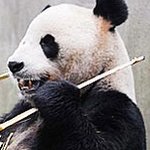 Sweetie, along with her fellow giant panda Sunshine, was welcomed at Edinburgh airport with cheers and bagpipes after the pair’s 11-hour journey from Chengdu in western China. Their arrival is the culmination of five years of lobbying by the Royal Zoological Society of Scotland and the British government. Even the four pilots wore kilts in the pandas’ honour. The pandas are on loan for a decade at a cost of £600,000 per year. Zoo bosses are hoping that Sweetie will produce cubs during that time.