Home > How To > Turn Off Windows 10 Keylogger Now-see howTo..
Tweet Pin It
Do you know? Microsoft has the power to track every single word you type or say to its digital assistant Cortana while using its newest operating system, Windows 10.
Last fall, we reported about a ‘keylogger‘ that Microsoft openly put into its Windows 10 Technical Preview saying the company ‘may collect voice information’ as well as ‘typed characters.’
It was thought that the company would include the keylogger only within the Technical Preview of Windows 10, just for testing purpose. But, the thought was Wrong!
The keylogger made its ways to Windows 10 public release offered by Microsoft for free due to which Windows 10 gained millions of adoption in just a few days after its first roll out back in July – but the free upgrade is not always free.
Yes, besides various privacy issues, there is a software component that tracks your inputs using your keyboard, voice, screen, mouse, and stylus, however, it is a bit more complicated than you thought.

Windows 10’s Keylogger is More than Just a Keylogger

The component is not actually a keylogger in terms of malware.
It is more than that, as Microsoft openly says…

“When you interact with your Windows device by speaking, [handwriting], or typing, Microsoft collects speech, inking, and typing information – including information about your Calendar and People [contacts]…”

If that makes you feel creepy then need not to worry, because the good news is — You can Turn Off this Keylogger.

Here’s How You can Turn Off the Keylogger 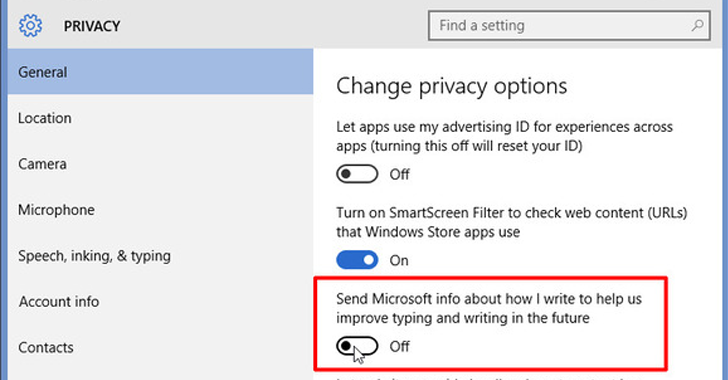 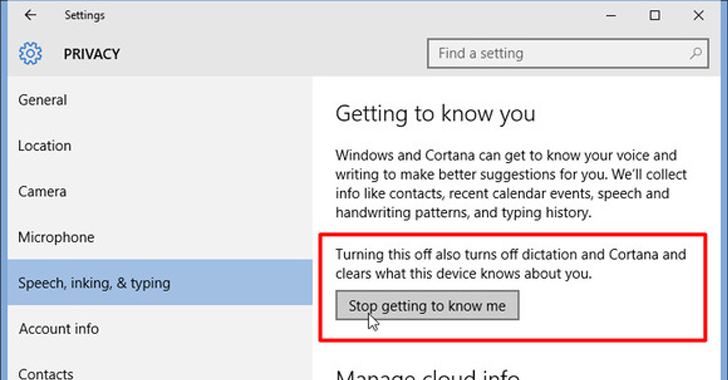 Due to several privacy issues built into Windows 10, Microsoft has gained a bad reputation.

Over a week ago, the company also introduced Windows 10 data collecting and user behavior tracking features to Windows 7 and Windows 8 as well, which might be a major privacy concern for many users.
via: