LOS ANGELES: In the voice-over introducing his video “Kony 2012,” Jason Russell tells a worldwide audience, “The game has new rules.” The human rights activist’s words seem fulfilled by the phenomenal response to his video about the murderous African warlord Joseph Kony: More than 58 million views had been recorded just four days after its YouTube release Monday.

But the response to the video also confirmed that every digital media sensation also invites a large, if not equal, reaction, with the Kony production provoking hundreds of video retorts, uncounted Tumblr posts, countless journalism critiques and millions of comments on Facebook and Twitter. 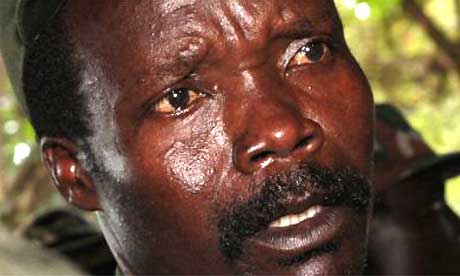 The deluge included a dissection of the finances of San Diego-based Invisible Children and the creator of the video, a slam on the video’s role in what writer Teju Cole deemed the “White Savior Industrial Complex” and suggestions of many relief groups more worthy of public support.

Russell and his fellow activists said they created the video determined to end the reign of Kony, whose Lord’s Resistance Army has abducted thousands of children for exploitation as soldiers and sex slaves. Russell and his companions have employed social media and celebrities including pop stars Bono, Justin Bieber and Rihanna to promote a video that they said helps “the people of the world see each other and … protect each other.”

The fevered, multichannel response seemed to flow into two major streams. One credited the video with drawing attention to the plight of people living in Uganda and neighboring countries. The second attacked the slickly produced presentation for glossing over complications, overstating the current threat from Kony and diverting attention from solutions more fruitful than a Kony manhunt.

“It certainly hits at the strength and the weakness of new media,” said communications professor Barbie Zelizer, a fellow with the Stanford Center for Advanced Study who studies news images in the world’s crisis regions. “They are undeniably faster, but they are also undeniably less reliable. It’s great when things go fast and they are correct. It’s not great when they go fast and they are not correct.”

Maria Burnett, a researcher on Uganda for Human Rights Watch, told The Associated Press that the video helped bring notice to an issue the group has been working on for years. “What it leads to remains to be seen, but the goal to bring pressure on key leaders, to protect civilians and to apprehend LRA leadership is important, absolutely.”

But Burnett, other workers for rights agencies and journalists faulted the video for greatly oversimplifying the challenges in Northern Uganda and the region, and they urged support of other groups working to provide services to former child soldiers and the displaced.

Last November, an article in Foreign Affairs magazine said San Diego-based Invisible Children had “manipulated facts for strategic purposes, exaggerating the scale of LRA abductions and murders and emphasizing the LRA’s use of innocent children as soldiers.”

The young Americans did so while paying scant attention to the atrocities committed by the Ugandan military (which they support in the hunt for Kony) or the Sudan People’s Liberation Army, including attacks on civilians, the Foreign Affairs piece said.

Responding on the group’s website, the video makers conceded they “sought to explain the conflict in an easily understandable format. … In a 30-minute film, however, many nuances of the 26-year conflict are admittedly lost or overlooked.”