I was just surprised to see that PSY Gangnam Style is Copied From Japan,Vietnam  as people claims over web.

Some Japanese netizens claimed that PSY copied ‘Gangnam Style’ off of a Japanese advertisement.

Recently, a number of Japanese netizens claimed that PSY copied ‘Gangnam Style’ off of an automobile advertisement, and the advertisement was uploaded on an online community board.

The advertisement shows a female in cowboy costumes dancing along an electronic song with back dancers.

The dance has a part where they shake their arms over their head, and Japanese netizens are making such absurd claims, because it looks similar to the horse dance.

Furthermore, anti-Korean netizens in Japan are also claiming that YouTube views were manipulated.

Netizens made comments, such as “That’s absurd”, “Then, they are copying western movies”, “Do they even think when they speak?”, and “Don’t get so jealous.”

On the other hand, ‘Gangnam Style’ MV had 170 million views cumulatively on YouTube.

Some beleives its copied from 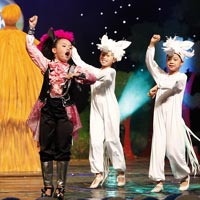